I woke up early yesterday, after a very comfortable night, as the first rays of the sun hit the tent. Waves washed softly onto the beach and pigeons, nesting on the chalk cliffs, called to each other. A cup of coffee was the first priority, followed by a swim and wash in the sea. It was a bit more refreshing than expected but then I remembered I was no longer on the South Coast but in the North Sea, or at least the start of it.

After writing a blog post to bring the account up to date, tried for a broadband connection at the top of the cliff but had no success, so started packing up and making ready to sail. This usually takes me about 2 hours but I had plenty of time this morning as it would take a while for the rising sea to cover the long rocky foreshore which I would not be able to transport the boat over, even on inflatable rollers (though they were excellent for rolling Stacey back over the soft sand to the bottom of the beach).

I launched at about 10.30. A promising breeze soon died completely. With the sail furled I paddled eastward for one and a half hours until the first ripples on the water promised some wind to come. I had 12 miles to go to Whitstable and only 2 hours until the tide set against me so I set about paddling with the single bladed paddle and sailing simultaneously (paddle sailing). With tide this gave me a speed of about 5 knots. Greg had found it would be possible to store my boat at Whitstable Yacht Club… and better still there were bunk rooms at only £20 per night. The prospect of a shower and comfortable bed gave me the incentive to keep powering on in the bright sunshine. 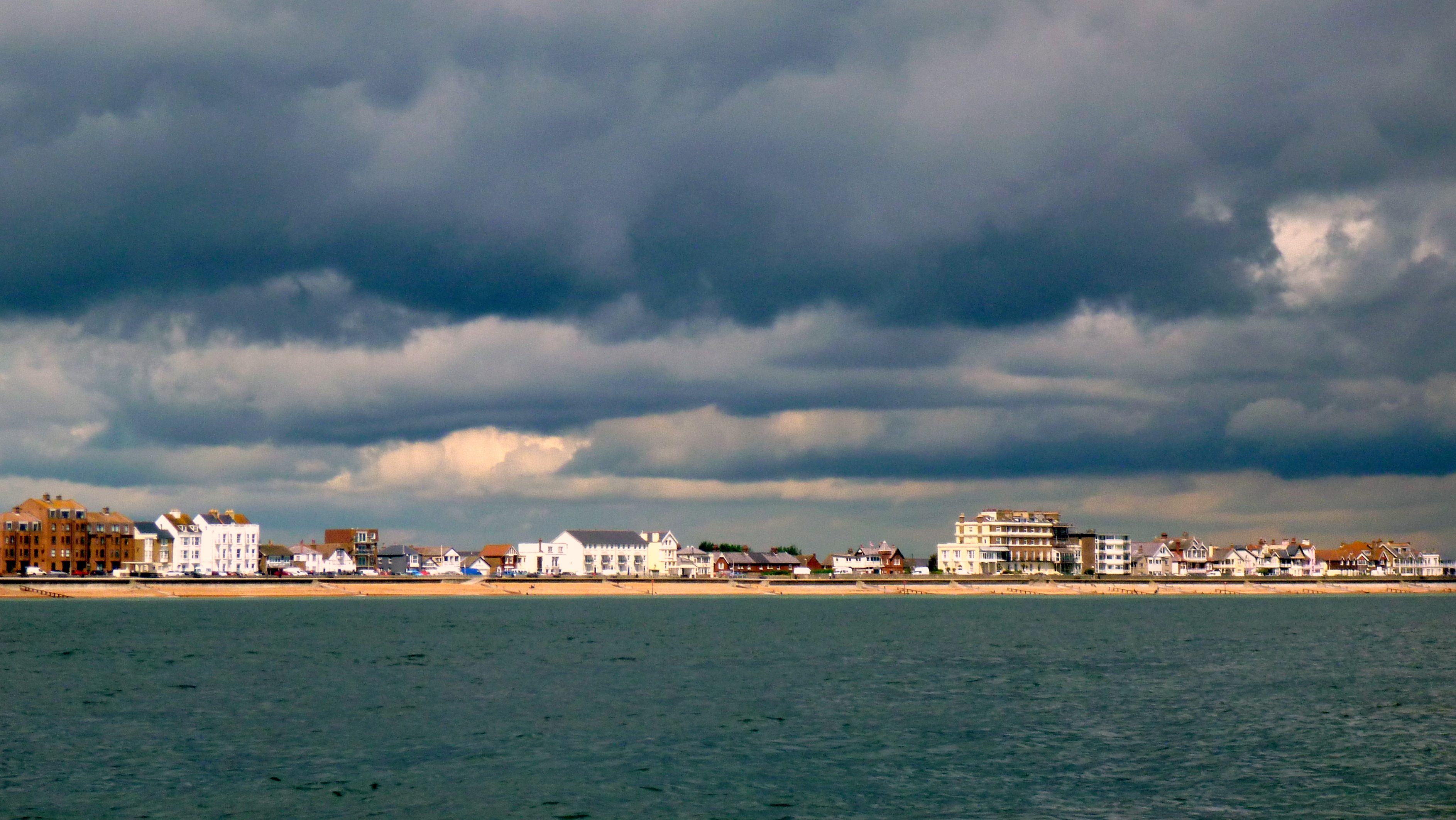 Luckily, and contrary to the forecast, the wind strength increased to force 3 to 4 and I arrived at WYC just after 2 to a warm welcome.  Greg used the WYC webcam to capture my arrival, and Keith Morris edited the sequence into the short video at the head of this page.

Adam Pope, an OCSG memeber, came some distance to see me in the evening and we chatted about this and that over fish and chips and beer, whilst half watching football (England v Ukraine). 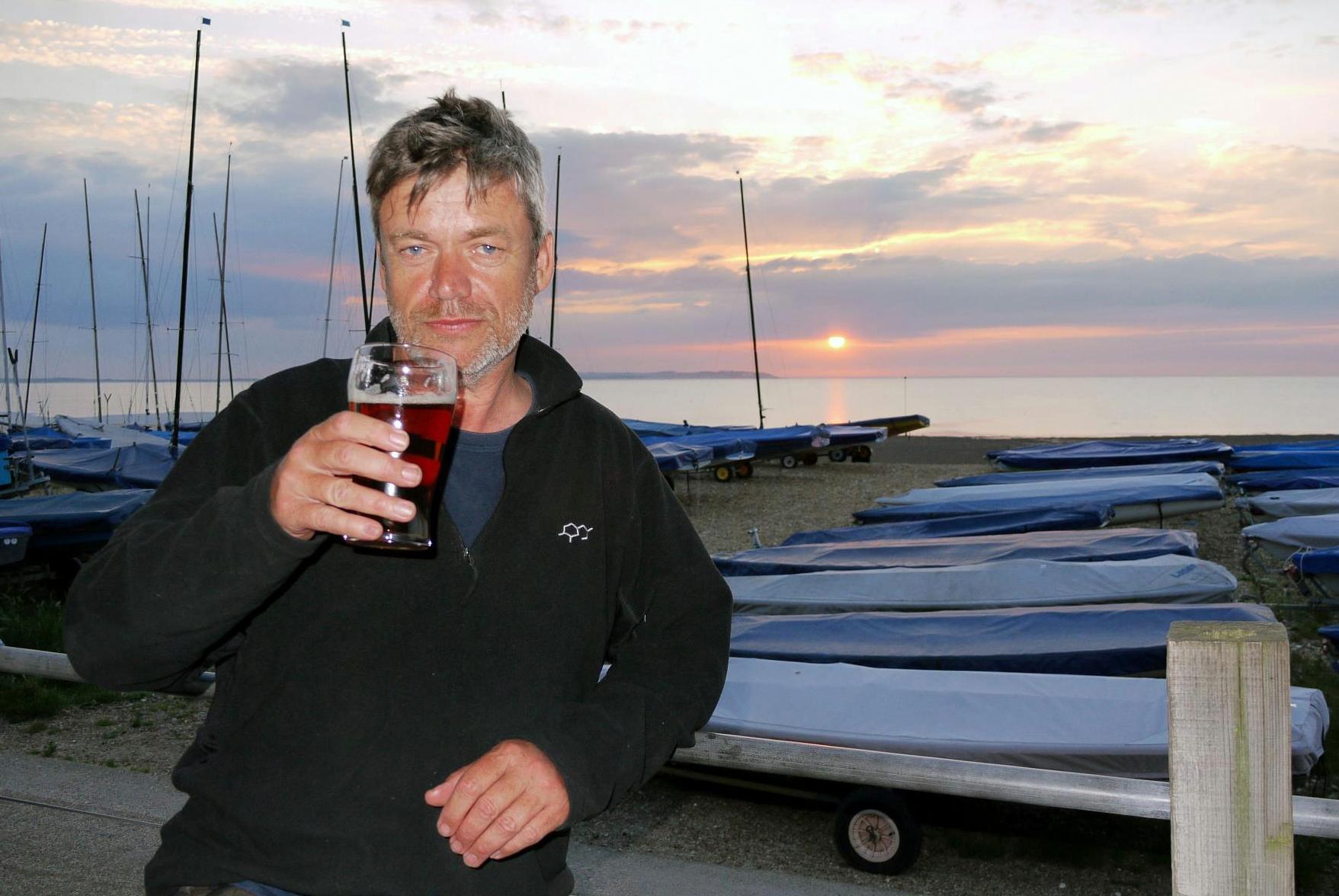 This morning, the weather looks good for crossing the Thames Estuary: the sun is shining and there’s a light breeze from the east. 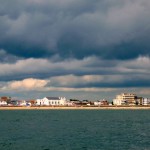 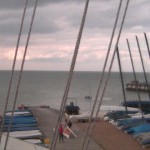 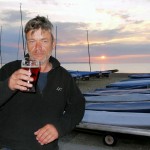